It's the 7th largest country by size, with dozens of geographically diverse states, fascinating cities, and over a billion people. India's extraordinarily rich historic and pop culture, landscapes, cuisine and influence have spread from South Asia around the world. India is on many people's travel bucket lists, and if you're reading this, maybe yours too. With so much to see, do and experience, for many travelers, India seems overwhelming.

The answer? A Golden Triangle tour. Even seasoned independent travelers benefit from experienced local guides to help them navigate the vast bustle and ins and outs of first-time travel in India.

Here are 6 things you need to know about the 'starter' circuit most first-time visitors to India take to introduce them to this colorful nation.

1. Where is the Golden Triangle? It's not an official place on a map. The Golden Triangle refers to the route between 3 landmark destinations in northern India: the Delhi, Agra, and Jaipur. It's about a half a day's journey by road between each point, making the route achievable in a week- 10 day- trip. It delivers some of India's 'greatest hits' as well as terrific shopping and markets, culinary and cultural experiences, from ancient artistic techniques to modern-day Bollywood performances. 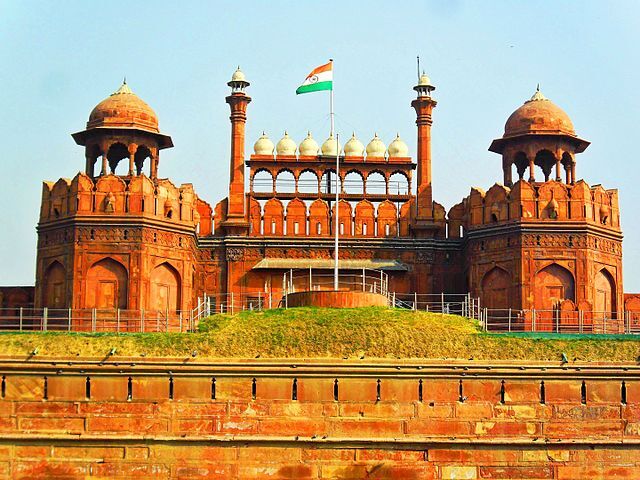 2. Highlights of Delhi India's modern national capital is the 3rd largest city in the world. And it was also the capital for half a dozen earlier civilizations over 2500 years, each leaving its own historic and cultural mark. You'll visit monuments to the Hindu, Sikh and Muslim (Mughal) communities, including 3 UNESCO World Heritage Sites. Must-see places include the Jama Masjid, which can accommodate 25,000 worshippers, Humayun's Tomb, a 16th century Mughal garden tomb that was a model for the Taj Mahal, the Red Fort (pictured above; photo credit), and Raj Ghat, the memorial to Gandhi.

Don't Miss: the breathtaking, contemporary Ba'hai 'Lotus Temple' made up of 27 marble petals (below; photo credit) 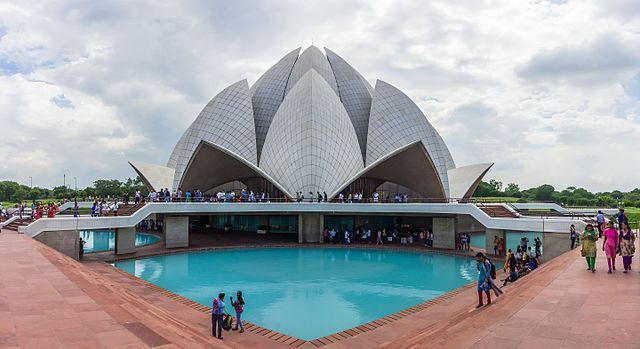 3. Highlights of AgraAgra's claim to fame is the Taj Mahal (pictured top; photo credit). The white marble structure with 28 types of inlaid precious and semi-precious stones was voted #1 of the New Seven Wonders of the World. Its very name evokes the pinnacle of architectural achievement and royal excess. Showcased by landscaped vistas, the Taj Mahal is breathtaking, and many tours plan an arrival so you can experience the royal mausoleum in the mystical atmosphere of sunrise. Some say you haven't visited India if you haven't seen the Taj Mahal, and for many, it is the moment of a Golden Triangle tour they were waiting for.

Don't Miss: The benefits of an experienced local guide. So popular is it that officials have announced some new visiting restrictions to preserve the site. An official local guide is in the best position to help you make the most of your time at the site.

4. Highlights of JaipurIndia's 'Pink City' is the ultra-modern capital of Rajasthan. Its nickname originated in the 19th century, but its history dates back more than a century earlier; a planned city of wide boulevards and dedicated artistic community.

Jaipur is home to 2 UNESCO World Heritage Sites including the Jantar Mantar. Other must-see historic monuments in India are religious, royal or military. The Jantar Mantar (pictured below; photo credit) is uniquely scientific: the largest stone sundial in the world, telling time accurate to a couple of seconds. 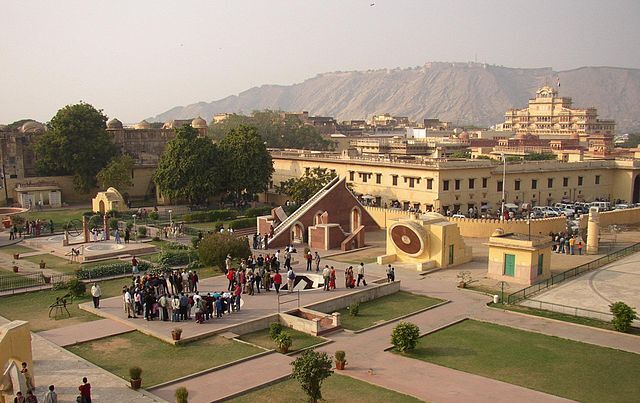 5. When is the best time to go? Most tours run October to March, with most visits in the cooler months of October, November, February and March.

Don't Miss: The opportunity to view the Taj Mahal at sunrise; from December to mid-January, fog from air pollution can reduce visibility, reducing vistas and even blocking the sunrise view of the Taj Mahal.

6. How you can Visit India's Golden Triangle?Many reputable land tour operators, from luxury and small-group or private, to more economical or independent, offer Golden Triangle tours of India that will allow you to get a sense of one of the world's most fascinating and complex travel desinations.

Don't Miss:  The river cruise option. A Ganges river cruise tour often includes the three magnificent cities of the Golden Triangle by land along with a river cruise that gives you insights into the very different, traditional lifestyle of rural India along the banks of its holy waterway. The best highlights of both sides of India today.

Start your Trip!Copyright BestTrip.TV/Influence Entertainment Group Inc or Rights Holder. All rights reserved. You are welcome to share this material from this page, but it may not be published, broadcast, rewritten or redistributed.

Start your trip to India

River to Rail in 2021: Cruise, Land and Train on Journeys in Europe with Uniworld

Contact us Today to Book your Pilgrimage to Canada's Beac... more